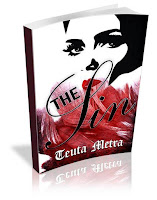 The Sin is literary fiction, examining the personal and broader effects when a mother unwittingly sells her young daughter to be a sex slave.

'I enjoyed this sweeping, inter-generational tale of romance and betrayal. The characters were sensitively portrayed, even the villain Tani and his colourful ensemble of rogues, and the Albanian settings were convincingly and poignantly described. The interweaving of Jeton and Elma’s narratives had both depth and charm, and kept the pages turning.' Anthony J. Quinn

‘Change back into your own clothes,’ she heard Andrea’s voice. ‘I need to get you back to where I picked you up.’
Yes, of course, her prostitute clothes. The ones she was wearing belonged to a princess – the clock had struck twelve and the pumpkin was back...
Posted by Teuta Metra at 12:10 PM No comments: 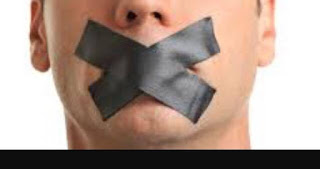 ‘I love the world all the same, and all the same the world has trampled over me!’ Vera vented these words that cold December day after Fata had invited her over for coffee. Those were dark times, times of great pain, times of unfettered sin and mourning. Moments when no one knew who they were, what they did or where they were headed. Vera lived on her own then. Only in her sixties, but looking aged beyond her years. Life had abused her.
That summer, Vera had moved into her new home, on the fifth floor of the block of flats where Fata had been watching her days trail away for years. Vera was her new neighbour. At first, Fata eyed Vera with suspicion, and, to some degree, did not bear her any sympathy. She was nothing more than a small-town woman settling in the city. Her city was no longer the same. ‘They’, the newcomers, were setting their own rules, and Fata didn’t like it. She had grown up there, but the place was slowly succumbing to a maze of disordered property developments, and God only knew how this was going to end. After the fall of communism, Tirana was like a stubborn old lady, trying hard to keep going.
And for this Fata blamed ‘them’, one of whom was Vera. Maybe that was why she was dismissive of Vera in those early days. When she happened to run into Vera on the block’s flight of stairs, Fata could hardly bring herself to utter ‘Good morning’. But there was one thing she could do well: keep an eye on Vera. Nothing Vera did slipped past her. Vera seemed proud. A weary sort of pride, concealed well under the wrinkles lining her forehead.
She was a quiet woman and seemed to keep to herself. She didn’t call on any neighbours, and Fata never saw anyone visit her. Sometimes she found herself eavesdropping at the door. This mysterious woman had more than aroused her female curiosity.
Eventually, when Fata saw her on the stairs, she spoke amiably to Vera. When Besmir, her youngest son, emigrated to Greece with his wife, Fata was left on her own. The loneliness led her to speak to Vera. She changed her behaviour. The death of her husband, her children moving away, everything changing at the same time, everything in that city seemed to be suffocating Fata. Most of the time she was the one who kept the conversation going; Vera spoke sparsely, as if what she harboured inside her soul was a wound she didn’t wish to probe. Until one day.
‘I gave Elma to someone. Why do I say “gave”? I sold her, and for what? For a ridiculous price: a hundred thousand leks – less than a hundred euros nowadays. What am I saying? Rich of me, her own mother, to talk of prices! Has that horrible beast that used to live inside of me still not perished? Yes, I did, I did sell her.’ This is how she started her confession, leaving Fata speechless.
Posted by Teuta Metra at 5:34 PM No comments: